Most people regard Fall as the harvest season. And so it is. But late Spring and early Summer are, for me, the time when the most ephemeral flavors come on the scene. There are only a few short weeks in which to preserve asparagus, violets, dandelions, honeyberries, and strawberries, to name just a few. Rhubarb jelly is one of those “flash in the pan” elements for me. While rhubarb is sometimes in season into July, the very best of it is found in the first couple of weeks.

The color can vary from palest pink to ruby gem, depending on how red the rhubarb is. It should be noted that color is not an indicator of sweetness. But, for jelly, which is sweetened anyway, I opted for a darker colored rhubarb. 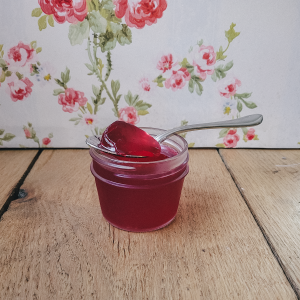 A lot of people are intimidated by jam and jelly making. Don’t be. Worst case scenario: your jelly doesn’t set and you have a half dozen jars of rhubarb syrup, delicious on ice cream.

I think much of the fear comes from the multiple warnings on packages of pectin about following recipes exactly. Let’s talk a bit about that.

Pectin exsists for a couple of reasons. The first is an attempt to “idiot-proof” the process. In other words, to make it possible to make jelly without knowing how to recognize the “jellying point” – when the mixture has reached the point that it will set when cool. If you follow the precise directions on the package, 90 percent of the time or better, it will set.

It’s entirely possible to make jam and jelly without using commercial pectin. After all, most fruits have at least some natural pectin. And the process really just involves using acid, sugar, and pectin to create a gel. If you don’t add extra pectin, you sometimes have to spend rather a lot of time cooking off the excess water to reach the jellying point. So, the other purpose of commercial pectin is to preserve more of the “fresh fruit” flavor, since you won’t have to boil it down for an hour.

You can even make your own pectin stock from apples. And I promise a post on that later this Summer.

I’ll even tell you a secret: The first time I made this jelly, it didn’t set. So, I simply opened up all the jars, dumped the jelly back into a saucepan, brought it BACK to a full rolling boil and added another pouch of liquid pectin. And voila. Now, I lost about a whole jar of jelly in volume, between what got left in the jars, in the pan, and the additional water that boiled off. But now I have a batch of lovely, jewel-clear jelly. Ready for the Fair in August. 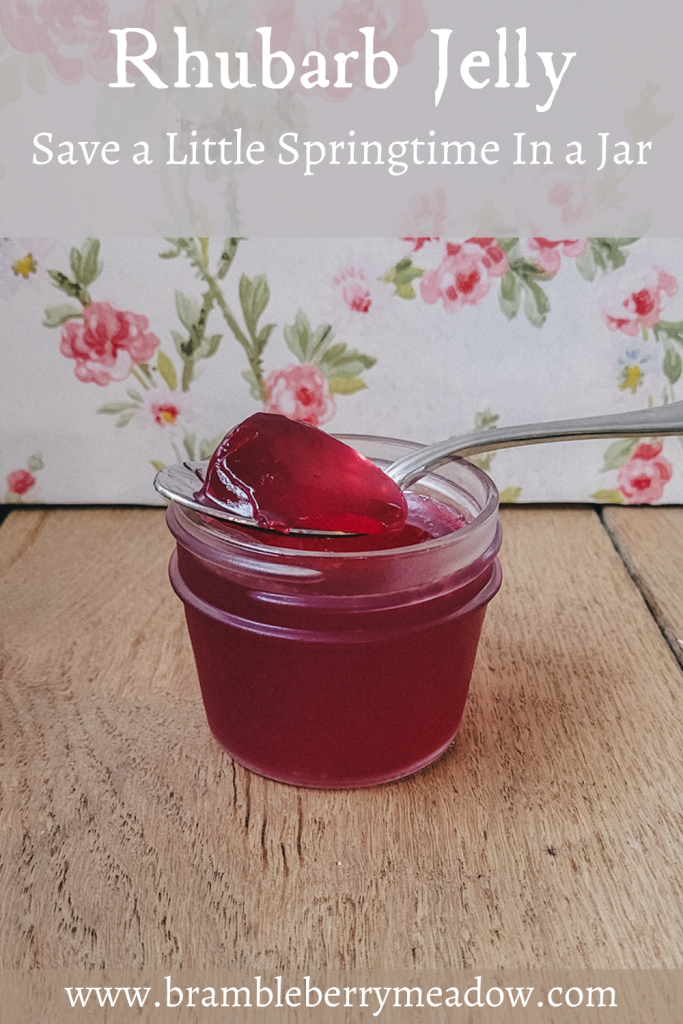 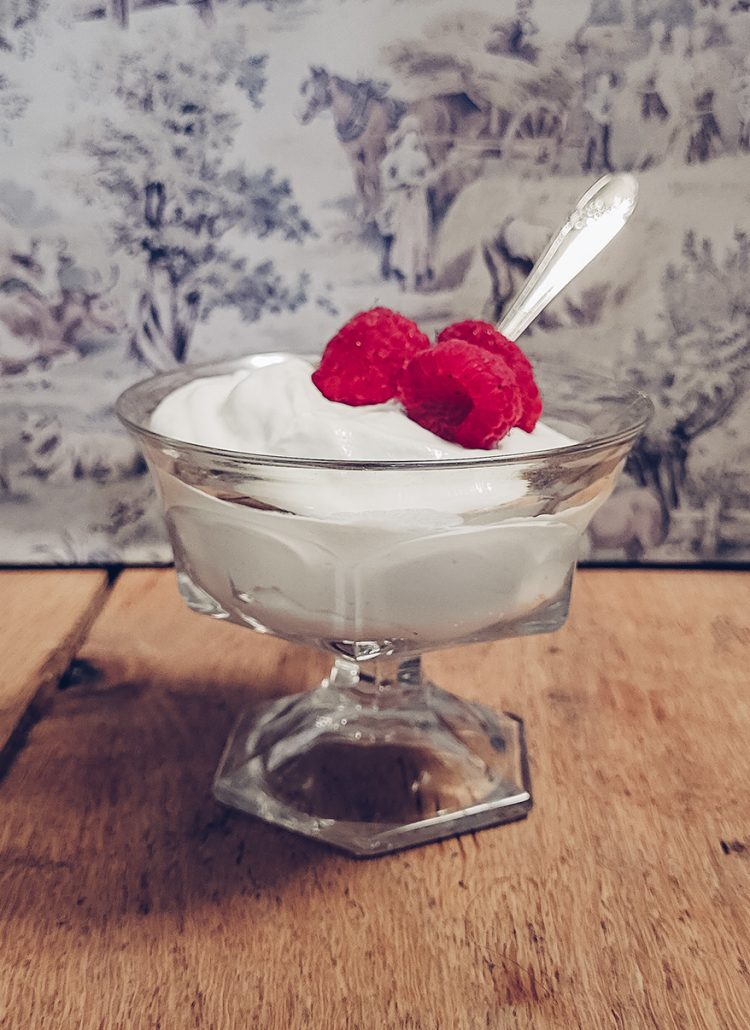 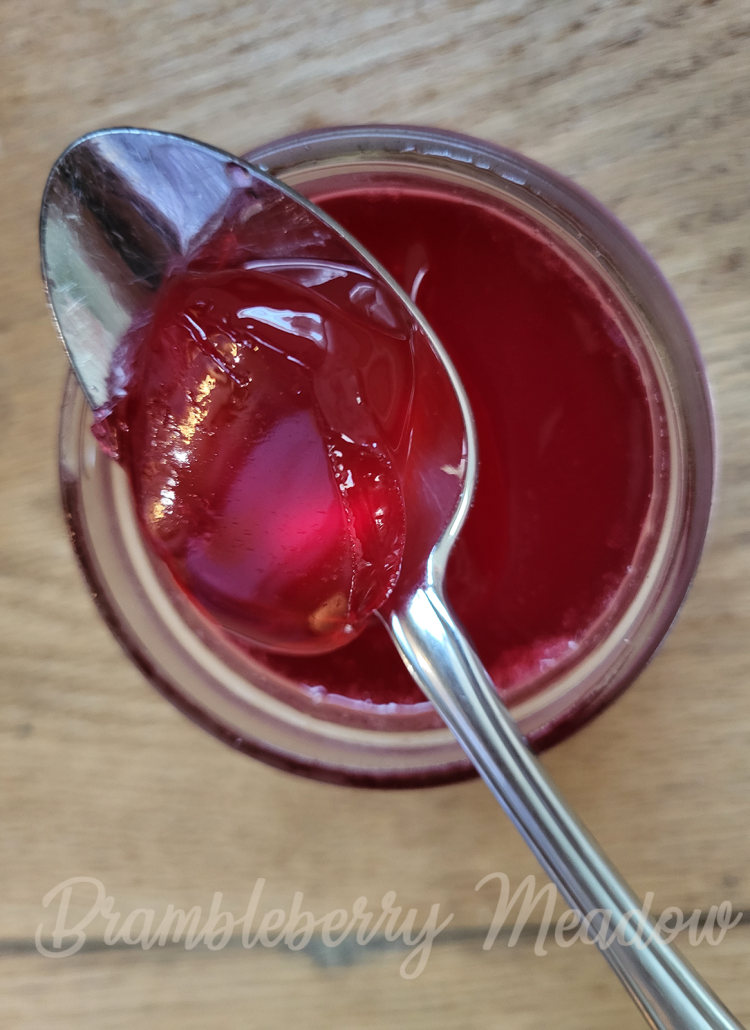 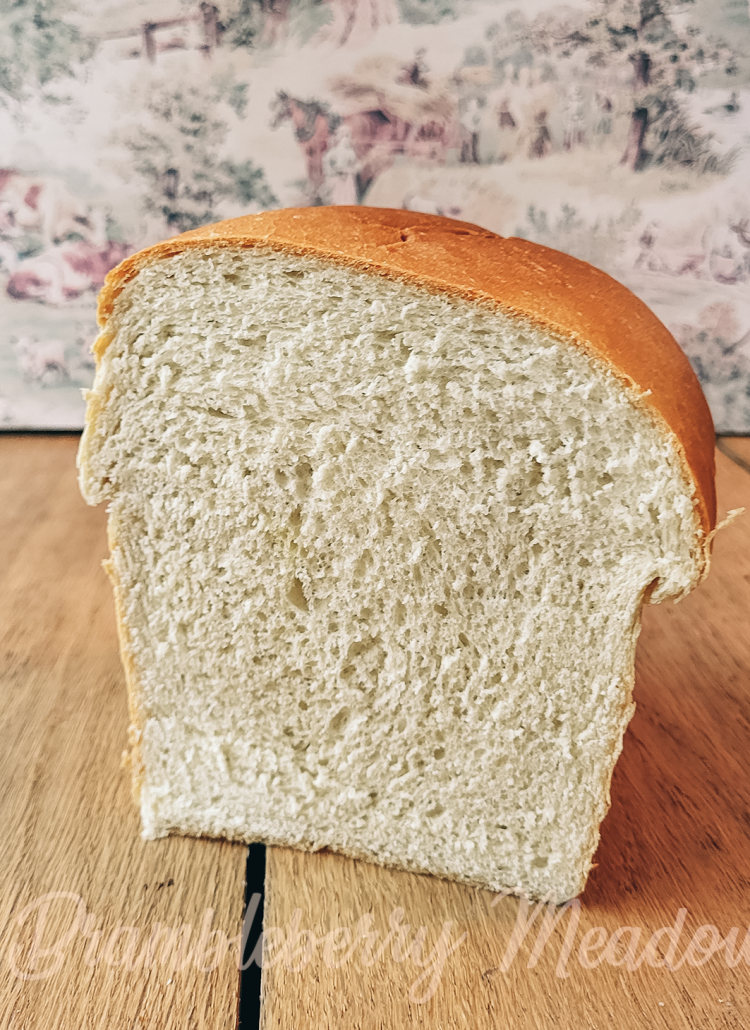 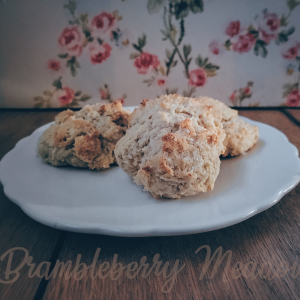